(1.5) The petition discussed above, P.Cair.Masp. I 67002, and P.Lond. V 1677, discussed below, describe terrible events just before or just after Dioscorus’s move, but they do not prove that he fled his village. James Keenan, in consideration of the fact that Antinoöpolis provided better opportunities for Dioscorus’s legal training than did Aphrodito, suggests that the move was a career choice. It is possible that both these factors—the dangers at home and the career attractions of Antinoöpolis—played a role in Dioscorus’s final decision. The suggestion of a career opportunity becomes more plausible when one considers the events in Constantinople at this time. The final years of Justinian’s reign were marked by persecutions of Monophysite Christians. Justin II (who reigned from 565 to 578) at first quelled these persecutions. If Dioscorus were a Monophysite, which has not been established and is only a possibility, the first years of Justin’s reign would have offered a chance to find employment in the duke’s court. 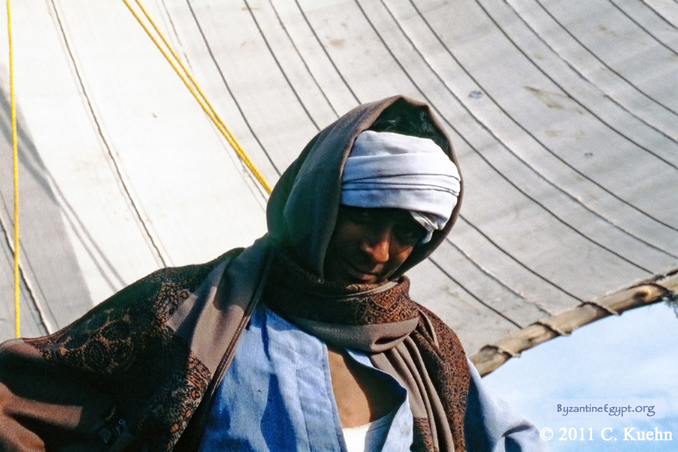 "Sailor." On the way to El-Sheikh Abada (Antinoöpolis), Egypt. Photo © 1995, 2011 C. Kuehn
Antinopolis is the modern spelling of the Byzantine site located behind the village of El-Sheikh Abada,
beside Wadi Abada. Its traditional spellings are Antinoöpolis and Antinoe.

(1.6) It is a commonly accepted belief among Dioscorian scholars that already by the autumn of 567, Dioscorus had been appointed as a lawyer on the duke’s staff. There is no conclusive evidence, however, for such an appointment. This theory developed, in part, from the request in the poem to Victor, praeses of the Thebaid, to be appointed a lawyer (Heitsch 10, Fournet 12). The rest of the evidence is circumstantial: Dioscorus was engaged in paralegal activities (writing contracts and petitions, arbitrating family disputes, etc.) and sometimes he worked for dignitaries.
(1.7) Whatever his position, the documents from this period cover a wide range of legal and contractual business. One interesting personal document is the record of a debt that Dioscorus paid off for his late father Apollos and for his brother Senouthes.
(1.8) Most of his work, however, centered on the concerns of other people. Dioscorus composed at least three marriage contracts in which the bridegroom promises a sum of money to the bride as a wedding present (a donatio propter nuptias). Marriage contracts from the early Byzantine period are rare, and Dioscorus’s records have considerably advanced historians’ understanding of this institution. He also composed divorce contracts—which, unlike marriage contracts, are numerous from this period. 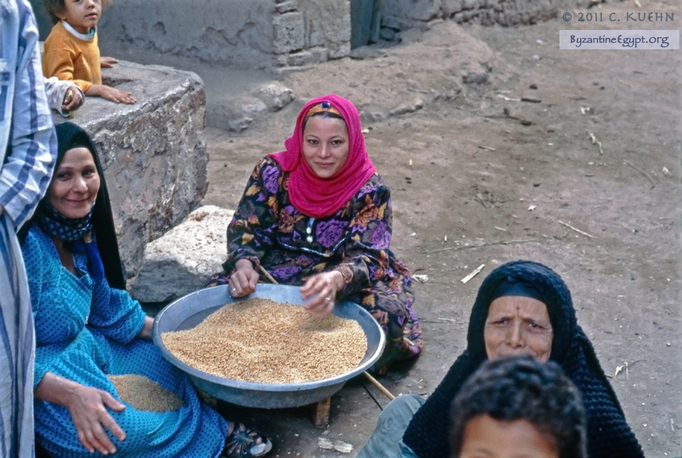 (1.9) He often worked, as mentioned above, for dignitaries, including Flavius John (P.Cair.Masp. III 67309) and Flavius Victor (P.Cair.Masp. II 67169). Perhaps the longest surviving document composed by Dioscorus (307 lines) is the final will and testament for the city’s Surgeon General, Flavius Phoebammon.

(2.1) Dioscorus was also in demand as an arbitrator, especially for family disputes. He arbitrated an inheritance case in which a boot manufacturer, Psates, was being sued by his sisters and brothers-in-law. Dioscorus arbitrated another inheritance case in which a sister and brother, Victorine and Phoebammon, were suing their half-sister Philadelphia and their stepmother Amanias for carrying off movable property that should have been evenly distributed among the three children. The parties involved in this dispute were Egyptian Copts (not Greeks nor Romans) and the arbitration settlement was written by Dioscorus not in the Greek language, as most of his papyri, but in the Coptic language, his native tongue.
(2.2) Also during his Antinoöpolite years, Dioscorus remained involved in the legal affairs of monasteries and the religious. The deceased father of the three siblings in the above dispute had been a deacon, possibly attached to the private chapel of the duke. Dioscorus twice acted as arbitrator in a case involving two half-brothers who were monks, Anoup and Julius. Here again he recorded the depositions and his decisions in Coptic. Dioscorus had to decide to what extent these two monks were still the owners of property which had been bequeathed to them by their mother but which, since their entrance into the monastic life, had become associated with the monastery. The monastery involved had been founded by Dioscorus’s own father: the Monastery of the Holy and Christ-Bearing Apostles. Dioscorus awarded joint ownership of the disputed property to the two monks and Apa Papnute, who was the monastery’s steward and legal representative. MacCoull, in her analysis of these last two documents, makes note of Dioscorus’s “gentle tact” and piety. He expresses concern for not only the financial, but also the spiritual wellbeing of the monastery. As a postscript Dioscorus adds an invocation to the Holy Trinity and then requests: “May I receive protection from above through your prayers.” 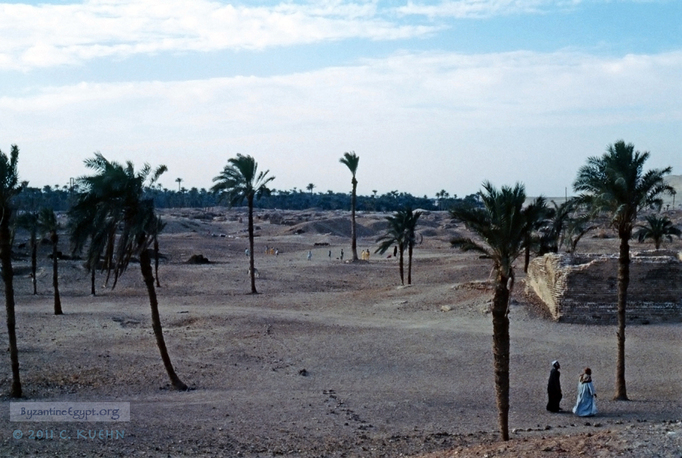