(1.1) In 565/6 Dioscorus left Aphrodito, not to return for about seven years. Two petitions that Dioscorus drafted later in Antinoöpolis suggest a reason: the threat of violence from the pagarch Menas. One petition is addressed to the duke of the Thebaid (P.Cair.Masp. I 67002); the other (P.Lond. V 1677) is addressed to an unidentified magister (“master”). The former will be reviewed here, because although the pagarch’s violence is vividly described in both, the picture in the petition to the duke is more detailed and comprehensive. The latter petition will be discussed below. 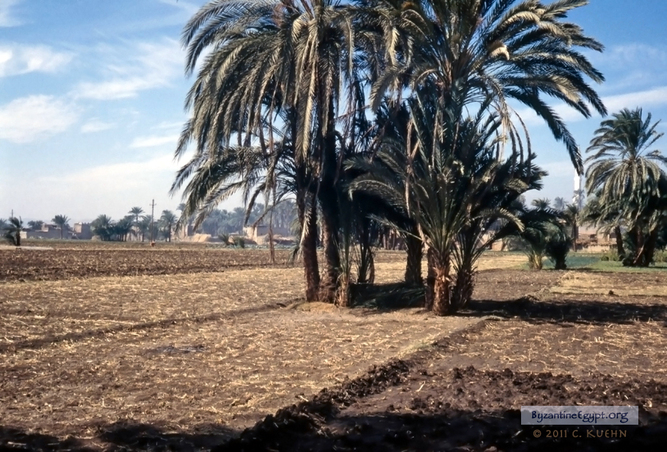 (1.2) P.Cair.Masp. I 67002, written by Dioscorus’s hand, was composed probably in 567/8, shortly after Dioscorus’s arrival in Antinoöpolis. It was written on behalf of the property owners and inhabitants of Aphrodito. After an introduction praising the justice of the duke, Dioscorus goes immediately to the heart of the problem: the unspeakable and uncountable sufferings inflicted by the pagarch Menas. Earlier, Menas had confiscated Dioscorus’s property near Phthla and allowed his assistant and the shepherds of Phthla to use the land free of rent. As an additional outrage, Dioscorus was being forced to pay the taxes on the seized property (as mentioned in the discussion of P.Lond. V 1686 in the previous chapter). Dioscorus then describes the atrocities committed against other Aphroditans. On their annual visit to the great cattle market at the village of Thynis, a group of Aphroditans, for no just cause, were seized by order of a certain Serenus and thrown into a local prison. From there they were transferred to a prison in Antinoöpolis. Although they were able to procure from the duke of the Thebaid an order of release, they were secretly and violently transferred to a prison in Antaeopolis, under the control of Menas. In all the prisons they were tortured. At Antaeopolis they were subjected to outrage and torture for another four months, for a total of six months of incarceration, until Menas extorted 117 solidi from them. Meanwhile, their cattle had been sequestered. The best animals were confiscated outright. The remaining camels and donkeys were starved until they were half dead, and then had to be purchased back by the Aphroditans on very unfavorable terms. Of even these, Serenus kept five donkeys (and a horse). Serenus’s agent Victor robbed them of clothing and gear, and extorted 2 additional solidi from one Aphroditan in particular. 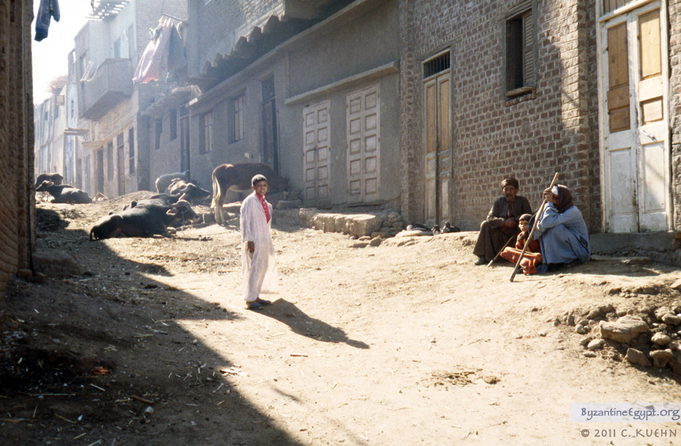 Furthermore, although Aphrodito under eight pagarchs had never been in arrears with its public taxes, Menas now took the most unjust and cruel measures against the entire village. At the time of the Nile’s inundation, he blocked the canal and prevented the irrigation of the fields. After the village was made desperate by this measure, Menas extorted an additional 200 solidi from it. Then with a force of pirates, local recruits (the shepherds of Phthla?), and soldiers, Menas attacked. Seven hundred more gold solidi were stolen—in the name of public taxes, although none of the amount was later credited to Aphrodito’s account. Magnificent old mansions were burned down. Nuns were raped. Menas ravaged the village worse than the barbarians would have done. Instead of irrigation from the Nile, “human blood ran like water over the land.”
(1.3) Although only the Aphroditans’ side of the story has survived, H. I. Bell is “confident that grave abuses occurred.” 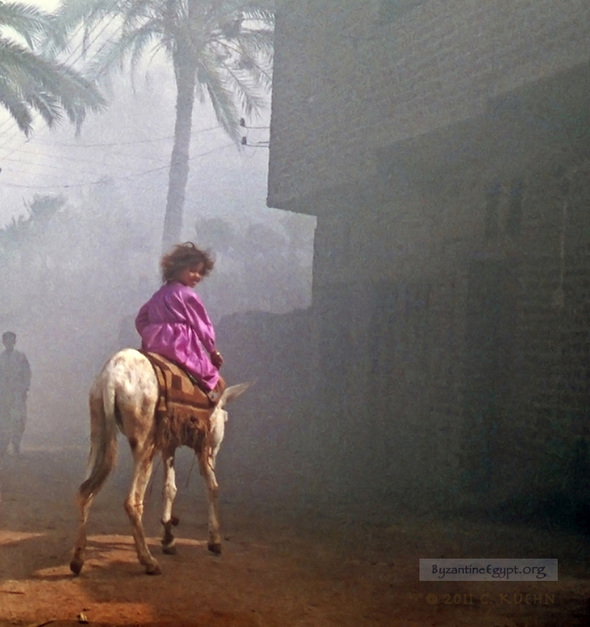 "Fire." Kom Ishqaw (Aphrodito), Egypt. Photo © 1995, 2011 C. Kuehn
It cannot be determined precisely when these abuses occurred. Menas’ climb to the pagarchy had been gradual. The surviving papyri suggest that between 553 (or perhaps already earlier) and 566, Menas was sharing the pagarchy with Julian, but only as a deputy-pagarch. Menas, a secretary, had in fact been delegated to perform the functions of the pagarchy for the actual office-holder, Patricia. Then in 566/7 he obtained the title of pagarch. Perhaps it was his increase in power and Aphrodito’s loss of an imperial patron (with the death of Justinian in 565) that emboldened Menas to commit the violent outrages described in the petition. Whatever, the attack on the village probably took place immediately before or after Dioscorus’s departure from his village.
(1.4) Dioscorus’s motivation for his move to Antinoöpolis cannot be established with certainty. Perhaps it was the pagarch’s unbridled ruthlessness or the imminent threat of such ruthlessness that compelled Dioscorus in 566 to leave his village (perhaps accompanied by his wife and younger children) and go across the Nile into self-imposed exile at Antinoöpolis, the capital city of the Thebaid. Maspero states that he fled the persecutions at home; Bell too believes that Dioscorus fled; and MacCoull speaks of “elements of unrest leading to his move.” 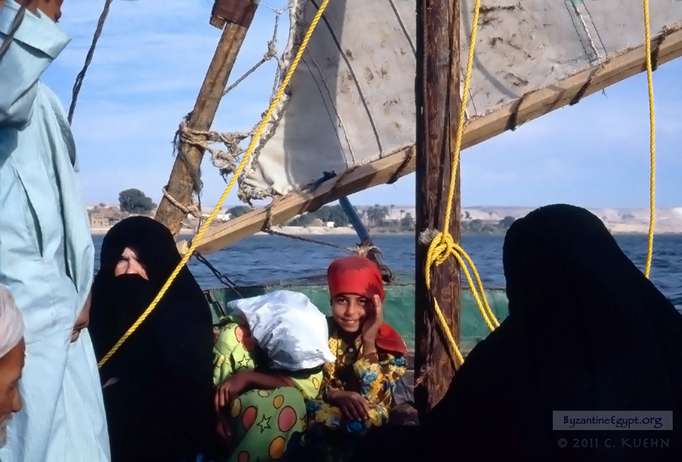