(2.1) Resistance against the injustices of the pagarchs seems to have begun already with Dioscorus’s father, Apollos. The papyrus document P.Cair.Masp. II 67126 reveals that on the seventh of January 541 Dioscorus’s father was in Constantinople, the capital of the Byzantine Empire. “It is usual to speculate,” says Keenan, “that Apollos’ presence in ‘the queen of cities’ had to do with his village’s pressing its claims to special tax status, autopragia, at the imperial court.”
(2.2) Apollos was a landowner and entrepreneur. Keenan explains that the papyri preserved by his son Dioscorus make it clear that:

He began with some inherited property, both from his father’s and from his mother’s side: a walled area in the village proper, leased out for use by a coppersmith; at least two plots of land in Aphrodite’s pedion. He in turn bequeathed to his own heirs property not readily identifiable with what he himself inherited: a vineyard and some pastures in the village’s southern plain, and an epaulis located south of the village. 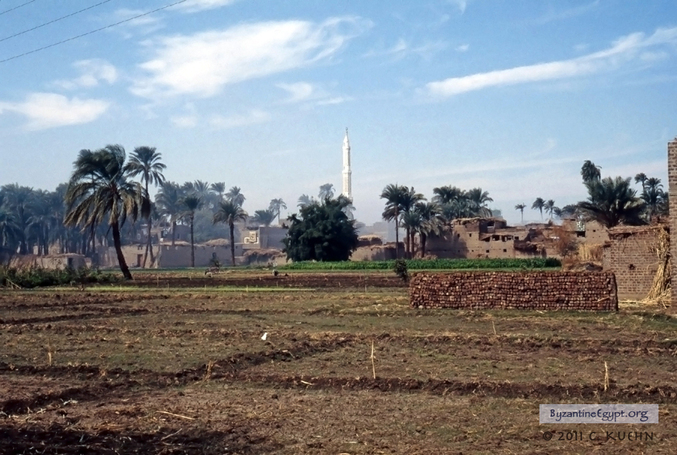 Acquiring land also by lease, Apollos managed and contracted out both his own and his leased plots. The property under his control extended beyond Aphrodito to the neighboring villages of Phthla and Thmonachthe. He was not one of the largest landowners in Egypt—like the Apions at Oxyrhynchus or even Count Ammonius at Aphrodito—but Apollos appears to have been financially secure.
(2.3) In addition to being a proprietor, Apollos engaged in local politics. The village’s important decisions were made by a board of directors consisting of property owners, contributors, and the village headmen. This board was responsible for the village’s corporate taxes, defense, and order. The three groups above may have represented a cursus honorum (“political ladder”), and Apollos is shown by the papyri to have climbed these titular rungs. Around 541, Apollos was awarded the status designation Flavius. It seems that, if Aphrodito were sending a representative to Constantinople to seek a solution for its tax conflicts with the pagarch, the father of Dioscorus was the right man to send.

(3.1) Apollos was accompanied to Constantinople by a Christian priest, his nephew Victor. They may have gone to Constantinople indirectly, by way of a religious pilgrimage. The speculation of a pilgrimage is supported by several considerations, not the least of which is the intensely religious atmosphere in which Apollos and Victor lived. One of the most visible features of Aphrodito in the papyri is its pervasive religious life. “Near the village were many monasteries,” writes Keenan, “and in the village proper the buildings most frequently named in the papyri are the churches.” The village and its surrounding countryside had over thirty churches and nearly forty monasteries. Dozens of nearby farms had names that suggest original religious or monastic settlers or owners. Leslie MacCoull, Coptic historian, imagines the visual impact:

None remain standing; but in the sixth century this one Byzantine Egyptian city must have gleamed with white limestone and the columns and arches of basilicas along every vista. … Aphrodito was a city of churches. 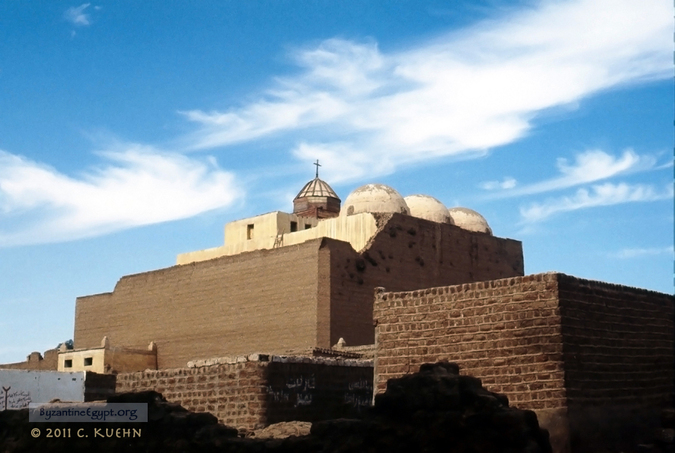